Can Dogs Eat Graham Crackers? Yes, But in Moderation!

Can dogs eat Graham Crackers? Yes they can! But, as with all sweet treats, it should be done in moderation. Read on to find out why. 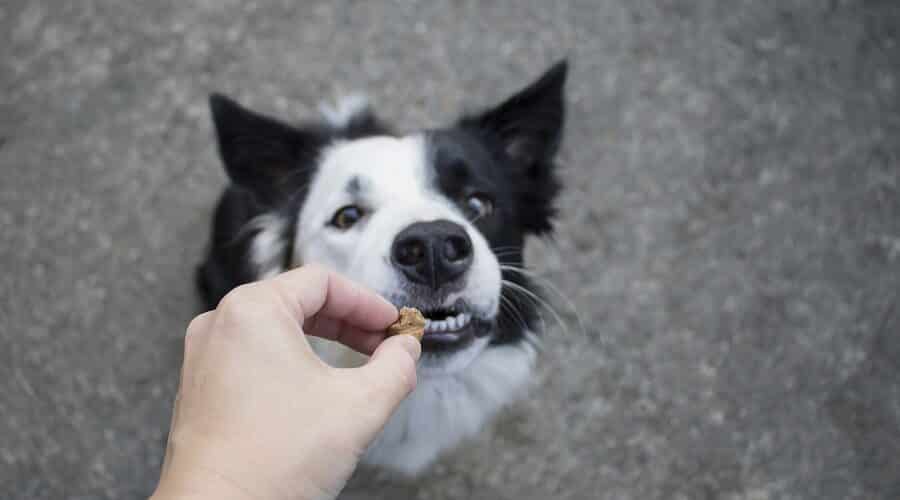 This article should not substitute as contact with a veterinarian. While graham crackers should be fine for most dogs, contact your local vet immediately if your dog is reacting poorly after eating a graham cracker.

Maybe your pup recently ate a Graham Cracker, or it’s possible that you are thinking of feeding one to your pup and aren’t sure if it’s safe. But the question you are likely asking yourself is this.  Can my dog eat Graham Crackers?  The answer is YES, they can! But it’s best if only done in moderation.

As with any sweet treats, excess amounts that your pup eats will likely cause your dog to gain weight, including a host of other unintended negative health consequences. You’ll need to watch this closely, especially if you have an older dog.

Graham Crackers are loved by humans and it’s almost a guarantee that your dog will absolutely love them too. We always recommend a dog treat that’s been formulated just for dogs. It’s going to be better for them than any human food that your pup eats.  Most human foods are significantly higher in sugar and calories, which means they will impact your dog that much more negatively.  Let’s take a look at what you can expect if when your dog eats a graham cracker.

Will They Harm My Dog?

Yes, graham crackers can negatively impact your dog if fed to them in excess. When dogs eat sugary treats, it can cause them to gain weight. It can also potentially cause them to have other long-lasting health problems, including diabetes. Here are some of the things that could happen to your pup if they do indulge more frequently than they should.

Diabetes: This happens when your dog has higher amounts of sugar intake than they can comfortably get rid of through their digestive system.  When a dog eats too much sugar over and over and gains weight, Diabetes kicks in. This can cause problems in many parts of their health.

Obesity: This is fairly straightforward. Dogs that consume too much sugar over and over are going to gain weight and will start to get obese after a time.  This will make it more difficult for them to move, and you’ll likely have to put your pup on a weight loss dog food.

Dental Issues: Dogs can have dental issues as it is without added sugar in their diet.  When you add sugar to their diet, it makes their teeth rot and decay even faster. Especially if they aren’t getting consistently cleaned.

Digestive System: Because the digestive system of a dog is smaller, the strain can be harder on them, which can cause an overstain. This can cause lasting negative health impacts for your dog over the long haul.

Allergic Reactions: If your pup suffers from a wheat allergy, then Graham Crackers need to be completely off-limits.  You will likely need to switch to a grain-free dog food formula, and then ensure your pup doesn’t ingest any other products that contain wheat or Gluten.

While Graham Crackers aren’t the worst sweet treat that your pup can consume, it’s also something that they shouldn’t eat too frequently. Graham crackers are made of flour, oil, molasses, salt, lard, shortening, cinnamon, and large amounts of sugar.

Sugar is inherently not good for dogs, so again, moderation is key here. Let’s take a look at the contents of a graham cracker and see why there’s less nutritional value than other natural foods.

Graham crackers are high in carbs, there’s no denying that.  Because they are made from wheat, they have an extremely high carbohydrate content, which is also one of the reasons that contribute to weight gain.  A dog’s immune system also doesn’t respond well to having a ton of carbs ingested.

Not all carbs are created equally. Graham Crackers are especially more dangerous in large quantities because the carbohydrates are based off sugar, and not natural carbs in simple sugar forms. Dog digestive systems turn carbs into glucose, which can cause obesity if consumed in excessive amounts.

The main ingredient in Graham crackers is wheat. If your graham crackers contain wheat or gluten, it’s also something that your pup may or may not react well to.  If your dog has a gluten intolerance, this will definitely cause a problem with your pup’s digestive system.

When this happens, you’ll need to change quickly to low gluten food. You may even need to switch to dog food that prevents gas in your dog’s digestive system.  Ultimately wheat can be tolerated by dogs, but is not recommended for most breeds due to stomach sensitivity.

Sugar is a problem in many different human-engineered products.  Some dogs can be especially sensitive to sugar, and eating processed foods can have a negative impact on their blood sugar levels.  Unfortunately, sugar is in most mad made human treats, so again, it should be used sparingly with your dog. Small amounts of Graham Cracker will be fine in moderation, but all other treats that contain sugar should be completely limited.

Can I Use Them to Train My Pup?

As long as your dog is in good health, there’s no harm in occasionally using Graham Crackers to train your dog. You can use them to help train puppies during obedience lessons, as a reward while potty training, or as a reward when teaching them to do tricks.

We’d recommend using actual dog treats when training, but Graham Crackers can do in a pinch. As long as they are used in moderation you should be fine, but we don’t recommend relying on them as a training mechanism. You can also use them to reward other good behavior, like being calm, or not begging at the dinner table.

There are plenty of training alternatives to using sweets that are manufactured by people.  Many dogs will enjoy eating natural treats like pineapple or even eating some veggies like peppers or sweet potatoes mixed with kibble as a reward.  Many dogs like apples, or other treats that are completely natural.  There may not be any need to use any additional types of leverage for your pup to do what you want them to do.

We recommend not letting your dog eat combination treats that include graham crackers.  S’mores are notoriously popular, and these treats contain chocolate.  Chocolate can be potentially lethal to dogs, so you do not want your pup getting their paws on these. If you have children in the house, it’s important to make sure they are also aware of this fact.

Still have some questions about graham cracker consumption and your pup? Below are some additional questions we occasionally see when dog owners are nervous about their pups eating graham crackers.

So now you know that yes, your dog can eat graham crackers. After all the insight here, you should know that as with all sweets, these should be used more as a rarity and in moderation than anything. We always recommend feeding your dog with real, natural unprocessed treats first if that’s an option. Even using something unconventional like shrimp or seafood that’s not processed will likely be better for your pup.

If using real unprocessed food isn’t an option, we recommend using actual dog treats instead of food intended for humans. The occasional graham is just fine as long as it’s the exception and not something that your pup eats on a daily basis.

Why Do Dogs Eat Poop? How Can I Stop it?