Mixed Breed Dogs: These 10 Mutts Will Win Your Heart 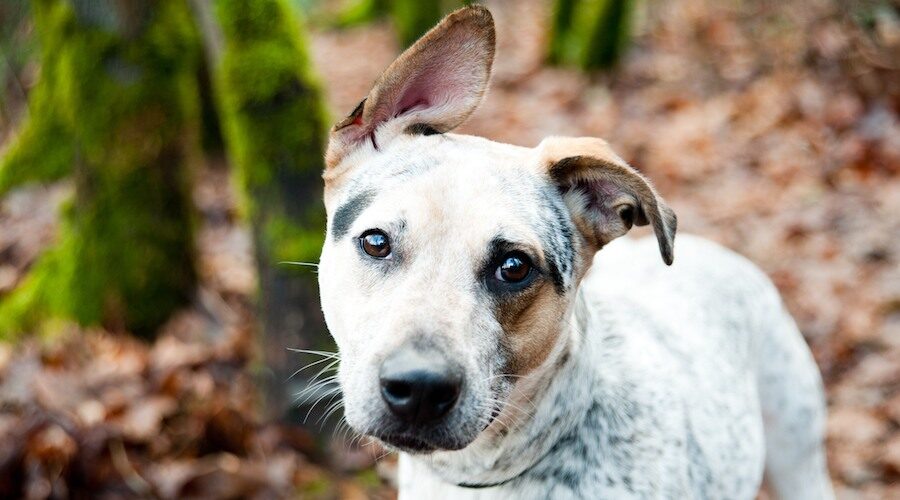 Did you know that just over half of the dog owners in the U.S. chose a mixed breed over a pedigree dog to be their canine companion?

Mutts have been working alongside pure breeds in essential roles such as the U.S. Coast Guard, and they now make up a large percentage of the country’s assistance dogs. So beloved are mutts that they now have their very own National Mutt Day that’s celebrated on both 1 July and 2 December. National Mutt Day is aimed at encouraging potential dog owners to consider taking a dog from a shelter.

In this article, we look at why you should give a mutt a forever home. Some mixed breeds are of uncertain parentage, but we’ve included ten of the most popular crossbreeds that are deliberately created for their temperament, character, and looks.

Every mixed-breed dog is one of a kind. Your dog will take some of his personality from both his parents but not necessarily in equal amounts. If you take on a puppy, you can enjoy watching him growing up and developing his unique character.

That’s great in an adult home, but if you have kids, it’s a good idea to find out as much as you can about your new puppy’s parents. Ideally, you should look for both parent breeds that are known to be good around children generally. You can even have your dog DNA tested to find out precisely what breeds have contributed to your pup’s makeup by checking out the SPCA’s “Who’s Your Daddy?” program.

It’s often said that crossbreed dogs enjoy better health than their pedigree cousins. And thanks to the diversity in a mutt’s genes, the “hybrid vigor” theory bears that out. A 2013 study published by the Journal of the AVMA involving 90,000 dogs found that some pure breed dogs are known to be at risk of ten hereditary health disorders.

That said, it’s important to remember that a puppy will inherit part of his genes from each parent. If both the parent dogs have the same inherent health problems, there’s a very good chance that your pup will have them too.

However, many pure breed dogs have a relatively short lifespan compared with that of mixed-breeds.

Now, you may think that a pure breed dog is bound to be smarter than a mutt. Well, according to a scientific study by Aberdeen University, that’s not the case! In the study, researchers tested 100 dogs, using tests that included having the dogs navigate their way through a maze! The results showed overwhelmingly that crossbred dogs are better at solving problems and have superior spatial awareness when compared to pedigree pups.

Interestingly, intelligence is heavily influenced by the parent dogs that make up the crossbreed. For example, the most intelligent crossbreed, according to the study, was the spaniel-collie cross. Golden retrievers, poodles, and Labradors are also among those breeds that get a gold star for coming top of the class!

Pet insurance is usually less expensive for crossbreeds than it is for pedigree dogs. That’s for a couple of reasons. Firstly, as we’ve mentioned above, mixed breeds tend to be less susceptible to inherited disorders than their pure breed cousins.

Also, pedigree dogs have a value. For example, a purebred bulldog puppy could set you back anything from $1,500 to $5,000. That value can make pedigree dogs of all breeds a target for thieves, which is why insuring them can be so costly.

According to statistics produced by the ASPCA, around 75 percent of the dogs currently living in rescue centers and shelters are crossbreeds.

Well, it’s not because mixed-breeds aren’t popular. After all, 53 percent of U.S. dog-owning homes have a crossbreed dog. Unfortunately, mixed breeds are much more likely to be born thanks to an accidental mating. Puppies from liaisons such as these are almost destined to finish up in shelters.

Because these unwanted pups’ origins are usually unknown, prospective owners don’t want to chance taking one on in case the dog’s temperament proves to be unsuitable. Tragically, that means that around 4 million dogs and cats are euthanized every year. Did you know that euthanasia is the most common cause of death in dogs under two years of age?

When a much-loved family pet reaches the end of his life, it can be heartbreaking to say goodbye. According to a Purdue University study of 23,000 dogs, the average age at death was much lower for purebred dogs than it is for mixed breeds. A crossbreed dog can live for an average of 14 years, while a purebred’s life expectancy is only around ten years.

Why They Are Called Mutts

Did you ever wonder where the word “mutt” comes from? Well, mutt comes from the old Middle English word, “mouton,” meaning a sheep. Mouton eventually mutated into the word, “muttonhead,” which was used as a derogatory term for a person of limited intelligence.

By the late 1800s, muttonhead had been shortened to, “mutt.” Since then, the word “mutt” has been used as an insult to a person and also to describe a dog of unknown breeding.

Here are ten of the most popular designer mixed-breed dogs around today:

The adorably cute puggle is a cross between a pug and a beagle. Puggles are small dogs, standing just over a foot tall and weighing in at around 18 pounds. These pups have a life expectancy of between ten and fifteen years. Puggles make great dogs for families, as they love children and other pets.

The puggle is intelligent and trainable, although they can be prone to barking, which could be an issue for you if you live in an apartment or have close neighbors.

The Maltipoo is a cross between a poodle and a Maltese. If you have limited space, a Maltipoo could be perfect for you, as they are small dogs, standing only eight to 12 inches at the shoulder and weighing from five to 20 pounds.

Maltipoos are smart little dogs that are also very affectionate and great fun. These pups love children and make ideal pets for elderly folk too. You can expect to enjoy up to 13 happy years with your Maltipoo, as they are quite long-lived.

Labradoodles vary in size, but they are usually large dogs, standing up to two feet tall and weighing anything up to 65 pounds. Labradoodles have short, curly coats that don’t shed much, making this breed an excellent choice for a household that has allergy sufferers.

You can expect to enjoy up to 15 years of love and devotion from your Goldendoodle. These are happy-go-lucky pups that thrive in a busy, active household.

The Maltese Shih Tzu or Malt-Tzu is a beautiful crossbreed that grows to stand around 10 inches at the shoulder, weighing in at six to 12 pounds. These delightful mixed-breeds usually live to approximately 14 years.

The Maltese Shih Tzu is small and full of vigor. These pups love playing with kids and their short coats that don’t shed much, which makes them a good choice for folk with allergies.

The Cockapoo is a cross between a poodle and a Cocker spaniel and has the distinction of being the world’s first “designer dog.”

Cockapoos can be up to a foot tall at the shoulder and weigh up to 19 pounds. These charming dogs are highly trainable and very people-oriented. The Cockapoo can live up to 15 years and makes a superb family pet, being easy to train, loving, and loyal.

The Schnoodle is the result of crossing a schnauzer with a poodle. Schnoodles are quite small dogs, measuring up to a foot at the shoulder, and weighing anything from 20 to 75 pounds.

The Schnoodle is an ideal family pet, being bright, easy to train, affectionate, and full of life. Schnoodles are sturdy too and will happily join in games with your kids for hours. Like most crossbreeds, the Schnoodle can live for up to 15 years.

The peekapoo is a cross between a poodle and a Pekinese. These cheeky little dogs are well-established as mixed-breed dogs, having been around for about fifty years or so.

The peekapoo is the ideal dog for you if you have limited space at home, as they stand under a foot tall and weigh from four to 20 pounds. Peekapoos are best-suited to singles, as they can be very much one-person dogs and are fiercely protective of the people they love. Your devoted little canine companion has a life expectancy of around 14 to 15 years.

The Yorkipoo is a cross between a Yorkshire terrier and a miniature poodle.

If you’re looking for a tiny dog that loves to play but will sit happily on your lap too, the Yorkipoo could be just the pup you’re looking for. Yorkipoos grow up to a foot high and can weigh from four to 14 pounds. You can expect your Yorkipoo to live up to 15 years.

You’ll find the Yorkipoo to be a friendly, intelligent little dog that loves to play but is very gentle too. The one drawback to this breed is that they can be barkers, which may be an issue for you if you live in an apartment or a condo where you have near neighbors.

The noble, faithful goldador is the result of crossing a Labrador retriever with a golden retriever. The result of that crossbreed is a large, good-natured dog that can measure anything up to two foot tall at the shoulder and weigh from 60 to 80 pounds.

You’ll need plenty of space for a Goldador, as they’re much more suited to life in a large house with a big backyard. Goldadors are wonderful with kids and other pets, making them the ideal choice for an outdoorsy family who loves to spend time walking in the countryside. Your goldador will most likely be easy to train and quick to learn, but he will need plenty of exercise too.

You don’t need to buy a pedigree dog to find your canine friend for life. Mixed-breed dogs are the most popular choice for American families for all the reasons we’ve outlined in this article.

If you want a mixed-breed dog, you could save a life by giving a forever home to an unwanted pup from a shelter, or you could buy one from a breeder if you prefer to know exactly where your puppy came from. Remember that every dog has his own unique personality, regardless of his parentage. However, you can gauge the likely temperament of most dogs from their parents, which is an essential consideration if you have young children in your family.