Help! My Dog Ate Brownies? Are Brownies Toxic To Dogs? What Should I Do?

Most humans can't resist the smell of freshly baked brownies, so, why should we expect our dogs are going to do the same? Dogs are inquisitive in nature, and they love to explore their world with their mouth. Veterinarian JoAnna Woodnutt examines if brownies are toxic to dogs, and what steps you should take if your pup just ate some when they shouldn't have. 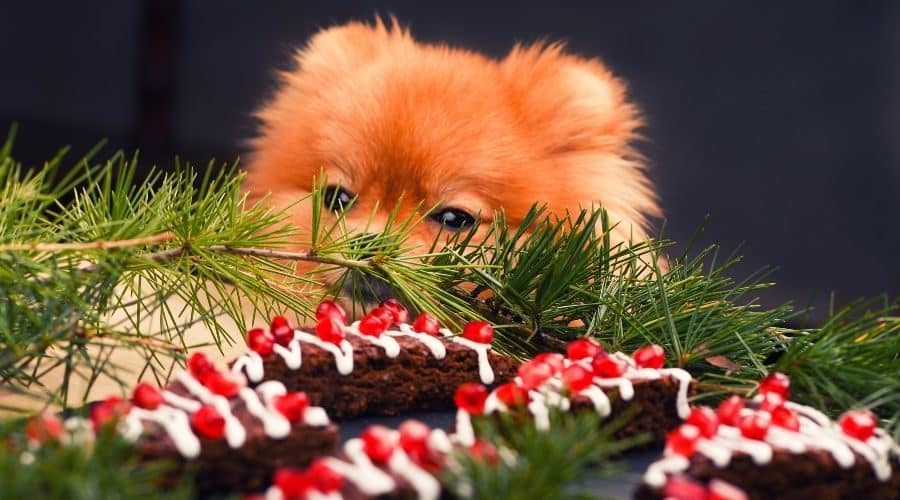 This article was written by a veterinarian, but it should not substitute as contact with a trained professional. If your dog ate brownies and is reacting adversely, contact your local veterinarian immediately. When you buy something through one of the links on our site, we may earn an affiliate commission.

If your dog has just eaten a brownie – or several! – don’t panic! Yes, chocolate can be toxic to dogs, and in large amounts, it can be very bad for them. But, just because a dog eats chocolate doesn’t mean they are going to die. Many cases of chocolate poisoning end up not being fatal to our canine companions. 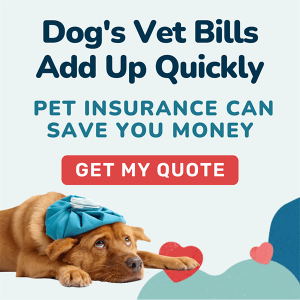 Chocolate is bad for dogs because it’s made from cocoa, which contains two compounds – theobromine and caffeine. Dogs are more sensitive to these substances, called methylxanthines, and cannot metabolize them as well as humans can. Both ingredients can build up to toxic levels in your pup. So, what should you do when your pup makes his or her way into a basket of brownies?

My Dog Ate a Brownie: What Now?

So, what should you do if your dog ate chocolate brownies? There are actually a few steps you’ll need to take, and you’ll want to ac  quickly, depending on how many brownies were consumed.

Step #1: Move Brownies Away From Fido

Move the brownies to a safe place, out of reach of the dog, to stop them from eating any more. You may need to put your pup in a safe place, or lock them away while you sort out the mess and clear the area.

Step #2: Figure Out How Much Was Eaten

Work out a rough idea of how many brownies the dog ate and what type of chocolate was in the brownie. Look for the ‘total cocoa solids’ on the packaging – it’s usually expressed as a percentage. You can also use this chocolate toxicity calculator to get an idea of how concerned you need to be as a pet parent.

Call a vet or the Pet Poison Helpline and ask for advice based on how much and what type of chocolate was eaten. You can also talk to a vet online. They should tell you what you need to do next.

How Many Brownies Can a Dog Eat?

With brownies, the damage done depends on the type of chocolate used to make the brownies. White chocolate tends to be the lowest risk, followed by milk chocolate, then dark chocolate. Dark chocolate is worst for dogs because it has a higher cocoa content, which means it contains more of the toxic ingredients theobromine and caffeine.

Cooking chocolate (Baker’s chocolate) tends to be even worse still – 1 ounce of Baker’s chocolate can cause as much damage as several ounces of milk chocolate! As a rule, the darker and less sweet the chocolate, the worse your pup might be affected.

Cocoa powder is also bad for dogs, as it has a high theobromine content—and, like all theobromine—it’s still toxic after it’s been cooked. This is a useful resource for finding the harmful contents of different types of chocolate.

The risk to your dog also depends on their size. Larger breeds are likely to be less affected by the same amount of chocolate as a small dog. As puppies are smaller, they are also likely to experience worse side effects than adult dogs.

One ounce of milk chocolate per pound of body weight can potentially be fatal in dogs. On average, one serving of brownie contains 2 ounces of milk chocolate. This means eating one or more brownies can cause potential problems for any dog, but especially smaller dogs as they have lower body weight.

When Should I Call the Vet?

If you think your dog has eaten chocolate, always call the vet for advice. It is better to treat early than to wait until the dog is showing signs of chocolate poisoning.

In this case, the vet may cause your pup to vomit up the chocolate and give him activated charcoal. Activated charcoal helps trap toxic substances in the dog’s gut to stop them from being absorbed and causing harm to the dog. The vet should also provide supportive care for your pup, such as fluids, flushing the gut, and pain relief.

What Are the Signs of Chocolate Toxicity?

The signs of chocolate poisoning do not appear straight away, and it may take up to 12 hours for any signs of sickness to show. Once they start though, these symptoms can stick around for up to 72 hours, so it’s important to know what you’re looking for. Depending on how severe the poisoning is, signs can include any of the following:

With chocolate poisoning, the outcome is always better with early treatment. This is why it’s best to contact the vet straight away if you think any brownie has been consumed, or something else they shouldn’t have.

It’s also worth bearing in mind that even if the amount of chocolate eaten does not result in chocolate poisoning, it can still cause tummy upsets due to the fat and sugar content.

What About Other Brownie Ingredients?

Although many brownies are made with chocolate, other brownie ingredients might cause toxicity if eaten.

Macadamia nuts are also toxic to dogs. If your pup has eaten brownies with macadamia nuts, then you should mention this when you call a vet for advice. The signs of macadamia nut toxicity tend to be mild and self-limiting; however, this is not always the case. In severe cases, the vet should treat the clinical signs to make your canine companion more comfortable.

Possible signs of macadamia nut poisoning are as follows:

Most dogs will recover from macadamia nut toxicity with help from a vet. It’s worth being aware that dogs with other health problems will be at higher risk of severe poisoning cases.

An artificial sweetener used in many keto and ‘healthy brownie’ recipes, as well as in some peanut butters, this substance can be incredibly toxic to dogs if ingested. As little as 0.0017 ounces per pound of body weight can cause signs of poisoning. Xylitol in dogs causes a major drop in blood sugar, followed by liver damage, both of which can result in fatality.

Signs of xylitol toxicity include:

If you have reason to believe your pup may have eaten something containing xylitol, contact your veterinarian immediately. It may be useful to send an image of the packaging to your vet or have it to hand to read through the ingredients list with them if you’re unsure.

If your dog has eaten an edible brownie containing marijuana, then you should contact a vet straight away. Dogs are much more sensitive to marijuana than humans, and it’s often harder to estimate the amount eaten compared to other ingredients such as chocolate.

Don’t be embarrassed – your vet isn’t interested in how Fido ate weed, just in making sure they survive the experience. If your pup ate pot brownies, it’s likely your vet will ask you to bring them in for hospitalization.

How Much Brownie Can Kill a Dog?

The amount of brownies that can kill a dog depends on the following:

These factors are important to assess the risk to a dog. It’s also worthwhile considering other health conditions that may put your pup at a higher risk. This may apply to dogs with diabetes, arthritis (osteoarthritis), kidney disease, or heart disease, for example. This can also apply to elderly dogs, as they will be more prone to severe signs of chocolate poisoning.

Despite this, it is still unlikely that your dog will die from chocolate poisoning. Even in severe cases, most dogs tend to recover if they have fast and aggressive treatment from a vet.

If you want to keep your furry friends safe, it’s best to prevent them from eating anything they shouldn’t. This means leaving sweet treats such as brownies, cookies, and any other potentially harmful foods out of reach of all pets. For those pets that tend to rummage through the trash, make sure you keep the bins someplace out of reach or use child locks if necessary to stop them from opening the bin.

It is also wise to be careful during high-risk times, such as Easter, Valentine’s Day, and Christmas, where there is likely to be lots of family members around that like to give the dog treats. In this case, it’s best to ask Granny to feed pet-friendly dog treats instead and avoid giving your dog chocolate in any form.

If you see your pup eating a brownie, always call your vet or the Pet Poison Helpline for advice! They will help you work out whether your canine companion has had a toxic dose and what to do next.

My Dog Just Ate an Oreo Cookie! What Should I Do?

My 7lb dog just are about 1 fifth of a brownie

10 Reasons Your Dog is Drooling: When Is It Time to Worry?