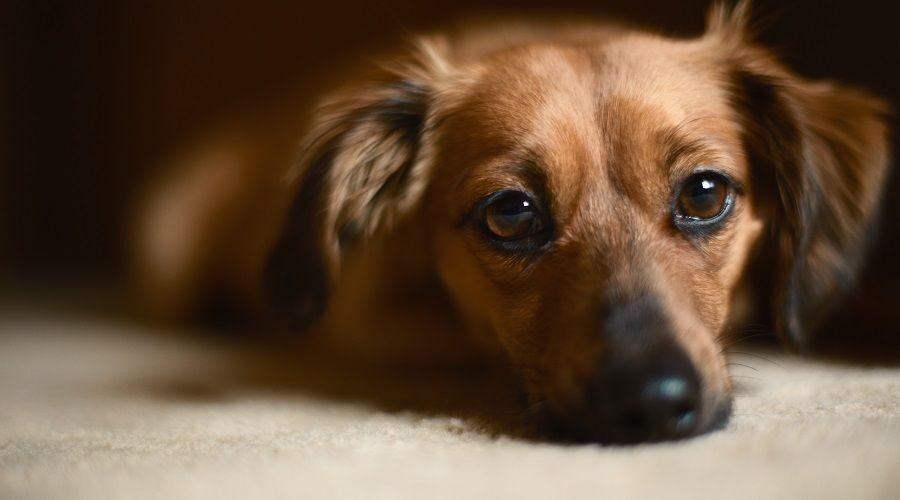 If you’re looking for a small dog to join your household as a family pet, you may be considering taking home a dachshund or a Chihuahua. But why not go for a cross between these two ever-popular breeds so that you can enjoy the best of both?

A dachshund Chihuahua mix is more often called a “Chiweenie.” Chiweenies are a good fit for many would-be dog owners, including seniors, families, and single dog owners. When you give a home to a Chiweenie, you’re essentially getting a mini bodyguard who’s loving, playful, and loyal to his owners to the point of recklessness.

In this comprehensive guide, we take a good look at this delightful mixed breed. In this article, you’ll find everything you’ll need to help you decide whether this feisty little dog would make a suitable addition to your home.

So, what are mixed breeds, and why are they so popular?

The puppies of mixed breed matings will always inherit a proportion of their looks and personality from both parents. Often, one parent’s influence will outweigh the other. So, you could finish up with a puppy that takes more after his dachshund mom in looks but has more of the personality of his Chihuahua dad.

You should also be aware that, although mixed breeds are often healthier than purebred dogs, some health conditions that are common to both parents may also appear in the puppies. With that in mind, it’s crucial that you know more about both parent breeds. That will give you a good idea of what to expect if you decide to take on a Chiweenie.

Let’s begin by looking more closely at the dachshund.

The dachshund is a member of the hound group, and is a little dog with a big personality! Known by the breed’s many fans as a “sausage dog,” the dachshund has an unmistakably long, low silhouette. These dogs come in three coat types, including smooth, long-haired, and wirehaired.

The plucky dachshund won’t run long distances, jump great heights, or swim in rough waters. However, he’s a tireless little chap who’ll keep playing all day. Despite his size, the dachshund is brave and independent, making a surprisingly vigilant watchdog.

Dachshunds are pretty healthy little dogs, but they can suffer from a few noteworthy health problems, including back problems, bloat, epilepsy, skin conditions and eye disorders. Deafness is also common in dachshunds whose parents both have dapple patterned coats. A healthy dachshund will have an average lifespan of between 12 and 15 years.

Dachshunds are not noted for being the most obedient of dogs, but with persistence and patience, they can be trained to basic obedience. However, a dachshund is by nature a hound, and he may become selectively deaf when he’s off the leash, especially if he picks up the scent of something that could count as prey.

A dachshund has a very strong, independent character and you’ll quickly find your pup ruling the household if you don’t show him who the boss is!  Dachshunds are commonly mixed with other breeds, including the lab.

The tiny Chihuahua is a member of the toy group.

Just like the dachshund, the Chihuahua has a huge personality! These little dogs are the national symbol of Mexico and have been adopted by many celebrities as “purse dogs.” However, despite their cute appearance, the Chihuahua is also known as the “armpit piranha,” as they will defend their owner with vigor, whether it’s necessary or not!

The Chihuahua’s ancestry dates right back to the ancient pre-Columbian kingdoms, and these super little dogs are still very popular as family pets today.

Chihuahuas make perfect pets for apartment dwellers, although they’re not ideal for households with small kids, as these brave little critters are delicate and easily injured. The charming, loyal Chihuahua will happily spend much of his time curled up in your lap, especially in cold weather.

Something to note is that the Chihuahua is a confirmed yapper. That can be a big problem for you if you live in an apartment or close to your neighbors.

Although the Chihuahua is a tiny dog, he comes with big health issues! A healthy Chihuahua has a life expectancy of between 12 and 20 years; however, the breed is prone to a whole array of health conditions, including eye disorders, heart disease, obesity, dental problems and breathing difficulties.

Bear in mind when taking on a Chiweenie that he may be prone to some of the conditions that often affect his Chihuahua parent.  With that being said, these pups are very popular as cross breeds, and you can find them in several other adorable designer dog mixes, like the chi-pom, or the chi-pug mix.

So, now you know more about both the parent breeds that are used to create the dachshund-Chihuahua mix, let’s check out some facts about the Chiweenie.

Like all mixed breed dogs, the Chiweenie takes some of his personality and looks from each parent. Essentially, the Chiweenie is a tiny pup that’s incredibly loyal and fearless too.

The designer Chiweenie cross-breed first appeared in the early 1990s and has grown in popularity over the following decades. And if you’re in any doubt about the Chiweenie’s appeal, check out Tuna on Instagram; he has an incredible 2 million followers!

The dachshund Chihuahua cross is a loyal, loving little dog that’s also fearlessly protective of his family and home. So, you’ll get a tiny guard dog who’ll happily sit on your lap and be petted when the day is done!

One downside to the Chiweenie is his tendency to bark. Unfortunately, both the dachshund and Chihuahua are proven, serial barkers, so your Chiweenie will almost certainly have this trait. So, although you’ll have an excellent guard dog, your neighbors might not appreciate your pup’s enthusiasm for protecting his home!

The dachshund Chihuahua mix is highly affectionate toward those they love. However, the breed can be quite choosy and often has one favorite human parent.

The dachshund Chihuahua mix is not suitable for a household with small children. Unfortunately, the breed can be fragile and don’t stand up to rough play. Also, a Chiweenie that’s taken more of his Chihuahua personality may be prone to nipping.

The dachshund Chihuahua mix is quite an intelligent dog, but they can also be easily distracted. That can make training a challenge! Start training your Chiweenie from puppyhood, using lots of positive reinforcement and unlimited amounts of patience!

The dachshund Chihuahua mix can be very feisty toward other dogs and strangers. You can help to tone down this behavior by training and socializing your dog from an early age. Try taking your puppy to doggy daycare, puppy classes, and your local dog park.

Walking around your neighborhood is also very helpful when it comes to exposing your Chiweenie puppy to a whole host of different sights, sounds, and people.  If you plan to train your pup to walk on a harness, make sure you pick the right size.

Although the dachshund Chihuahua mix is small in stature, he still needs daily exercise to keep him in good health and prevent obesity. A 20 to 30-minute walk is all that’s required each day, together with some playtime that can be indoors or out in your backyard if you have one. A Chiweenie is not an outside-dwelling dog!

Both dachshunds and Chihuahuas tend to feel the cold, so life outside in a kennel is not an option for a Chiweenie. Also, the dachshund Chihuahua cross-breed adores to be around his human family, and separation anxiety (accompanied by a lot of barking) will be an issue for these pups.

Cross-bred dogs tend to be more robust and healthy than purebreds. However, it’s possible that your Chiweenie puppy could inherit health problems from one or both of his parents.

The most common health issue that’s seen in Chiweenies is allergies. The breed often suffers from coughing, sneezing, hair loss, and skin irritation that can be caused by something as simple as dust or pollen.

The average life expectancy for a Chiweenie is from 13 to 16 years.

Ask your dachshund Chihuahua mix puppy’s breeder what your pup is fed. Stick to the same food for the first six months or so of your puppy’s life.

An adult dachshund Chihuahua mix should be fed around half a cup of good quality dry kibble every day. Divide the ration into several small feeds to keep your pup feeling full and prevent gastric upsets that are associated with overeating.

The Chiweenie is cuteness personified!

Your tiny canine companion typically inherits the short legs of the Chihuahua parent and the long, sausage-shaped body of the dachshund. The Chiweenie’s face can be both slightly elongated like the dachshund or rounder and more apple-shaped like a Chihuahua. A Chiweenie can have perky or floppy ears, and you won’t know which until your puppy grows up!

The dachshund Chihuahua mix coat is short to medium length and is usually delightfully silky. The breed’s coat color ranges from tan and brown to black or blonde. You can also get brindle or multi-colored Chiweenies. Eye color can be brown, green, blue, or black.

The dachshund Chihuahua mix is a pretty low-maintenance pup with uncomplicated grooming requirements.

All you need to do to keep your Chiweenie looking good is brush him a couple of times each week for just a few minutes to remove loose and dead hair.

Because both the dachshund and Chihuahua can suffer from dental problems, be sure to brush your dog’s teeth daily with a dog-specific toothbrush and toothpaste, which you can get from your vet.

Dental treats are a good alternative if your Chiweenie won’t tolerate brushing.

Now that you’re more familiar with the Chiweenie let’s see if one of these super-cute, spirited little dogs would make the perfect pet for you.

So, if you fancy taking on a dachshund-Chihuahua mix pup, let’s find out where you can get one.

In comparison to other, larger designer breeds, a dachshund-Chihuahua mix puppy is reasonably affordable, costing between $200 and $500. The price may vary, depending on the quality and show records of both the puppy’s parents.

Check out local vets and boarding kennels for breeder recommendations. Be wary of buying a puppy from a backyard breeder or a pet shop, even if the price is temptingly low. When you find a reputable breeder, always to ask to see documentary health-screening certification for both the puppy’s parents.

Raising a puppy can be hard work, especially if you have a busy job or you’re a senior who might find taking on training a puppy too demanding and tiring.

That doesn’t mean that you can’t still enjoy the happiness and companionship of owning a dog. So, why not consider adopting an adult Chiweenie from a shelter? There are lots of rescue centers right across the country that may have the perfect pet for you.  Here are a few!

If your ideal canine companion is a pocket-sized pup who’ll give you love and devotion to the point that he’ll protect you from strangers, a dachshund-Chihuahua mix could be the perfect pup for you.

You don’t need a huge house to accommodate a tiny Chiweenie, and a small backyard is perfectly adequate for one of these tiny pups. A dachshund Chihuahua mix is the perfect low-maintenance dog. Grooming requirements are minimal, there’s hardly any hair to vacuum up, and Chiweenies don’t need hours and hours of exercise.

On the downside, these little pups can be prone to quite a few health conditions. Also, if your dachshund Chihuahua mix takes most of his character traits from the Chihuahua parent, he could be snappy and aggressive toward strangers and other dogs.

Jack Russell Terrier Chihuahua Mix: All About The Jack Chi