Can Dogs Eat Ginger? Is Ginger Safe Or Harmful For Dogs?

Can dogs eat ginger, and is it safe? If you intend to feed your pup ginger for an upset stomach, or other condition, there are a few things to know before you do. 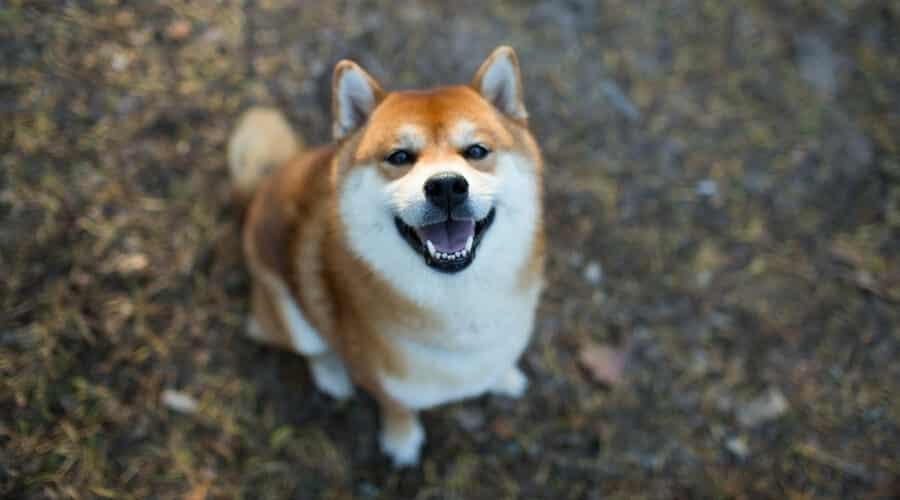 This article was written by a veterinarian, but it should not substitute as contact with a trained professional. If your dog ate ginger and had an adverse reaction, contact your veterinarian immediately.

Ginger has some suggested health benefits for humans, but have you ever considered feeding ginger to your dog? There may be some circumstances you’ve decided to take ginger as a human, but maybe you’re considering allowing your pup to have some for similar ailments. Before you do, there are some important things to consider.

Ginger is a plant root. It’s used raw and cooked in many Asian, Eastern, and African dishes and can also be bought dried and ground.  Historically, ginger was recommended in Traditional Chinese Medicine and Western Herbal Medicine and is undergoing an investigation into its properties. It’s easy to find in most supermarkets. The flavor is zingy and sharp.

But could Ginger harm your dog, like grapes, chocolate, certain nuts, or other items your dog might ingest? Let’s dive in and take a look at what you can expect if your pup eats a little ginger.

Is Ginger Safe For Dogs?

In small enough amounts, ginger is safe for dogs to eat. It’s not toxic, but in larger amounts can cause digestive upset. Raw ginger, powdered ginger, ginger juice, and dried ginger are all thought to be safe for dogs to eat. Some dogs do appear to be allergic to ginger, especially when applied to the skin. As with all foods, if you do decide to feed it to your dog it’s a good idea to try a little and watch your pet for 48 hours for adverse effects.

Can Ginger Be Dangerous For Dogs?

Like all foods, ginger won’t agree with some dogs, potentially causing stomach upset. In addition, ginger is very fibrous. This can make it hard to digest, and therefore should be fed in smaller amounts. The last thing you’ll want your dog to endure is a bowel obstruction after eating something that may get stuck.

In addition, contact with ginger on the skin can cause an allergic reaction. This may appear as a rash, redness, or hives, as well as sudden and severe itching. While it is unlikely that your dog is going to get much on the skin, you should be cautious about powdered ginger. Powdered ginger can easily contact the lips and be breathed in, which may cause similar allergic responses in the delicate tissues of the nose.

Ginger hasn’t been properly studied in dogs. Other than allergies, it’s possible that ginger can cause other problems for dogs that haven’t yet been identified. In particular, you should avoid giving dogs ginger if they are pregnant, lactating, or suffering from kidney or liver disease. You should also avoid giving ginger to dogs with known clotting disorders. This is because it’s thought that ginger may affect circulation. In addition, ginger is thought to interact with several common medications. So if you’re planning to give your dog ginger regularly, you should talk to your vet about your dog’s other medications to make sure it’s safe.

Ginger can have some health benefits for dogs in small doses. Just as it does for humans, it has a number of vitamins and minerals that can help your pup’s immune system. Let’s take a look at the health benefits of Ginger for your dog if fed in moderate amounts.

Raw ginger root has a sharp, pungent smell. This is caused by gingerols and other phytochemicals. Gingerols are thought to be excellent antioxidants, helping to reduce the number of free radicals in the body. Raw ginger root contains vitamins B and C and the minerals potassium and copper in moderate amounts. However, there are lots of fruits and vegetables with higher vitamin and mineral content, so ginger is not normally recommended as a good way to ‘top up’ on vitamins.

The anti-nausea effects of ginger have been carefully studied in humans. Ginger has been shown to reduce nausea in many conditions and in a number of clinical trials. In addition, a couple of meta-analyses (1, 2) (the best form of scientific evidence) have also shown a positive effect of ginger, compared to a placebo. With dogs, there is a lot less research- but one study did show that ginger may reduce experimentally-induced nausea.

A couple of studies (1, 2) suggested that ginger may be able to reduce the number of baby heartworm circulating in the body in infected dogs. However, this hasn’t been fully investigated. In addition, one of the studies suggested that dogs became ill for a few days after starting treatment. We do know that ginger doesn’t cure heartworm, nor does it prevent it completely- but it might be able to help. Further, more recent, studies are needed before this use of ginger can be recommended.

Studies in rats (3, 4) have shown that ginger helps to improve brain function and reduce Alzheimer-like diseases. While there isn’t yet the evidence for this effect in dogs, evidence in humans is growing. It’s possible that ginger does this through the antioxidant effects, so using ginger before the signs of canine cognitive dysfunction appear may be helpful.

In the last couple of years, studies have emerged that suggest that rats and mice may have a lowered risk of obesity when given ginger water or ginger extracts. The studies have only recently been released, and more work needs to be done. But it’s possible that ginger is an important ingredient in the fight against canine obesity.

Ginger has occasionally been suggested as an anti-inflammatory. This is common with its cousin, turmeric. However, turmeric appears to be required in very high doses. Ginger is known to be less effective than turmeric for anti-inflammatory properties so it’s probably not worth using for this purpose. In studies in humans, large doses were required, which caused some stomach upsets. Since dogs are more prone to the stomach upset effects of ginger, it’s likely the high doses needed cause upset.

How Can I Give My Dog Ginger?

Ginger can be given to your dog raw, as well as in tablet, liquid, and capsule form. Dried ginger can also be given to dogs but is slightly more likely to cause side effects so is not generally recommended. For most dogs, a small amount of raw ginger is the best way to give your dog this herb. It can be mixed into their food or given as a treat. If your dog shows an upset stomach from the ginger, you can try giving it again with food to see if it’s better accepted.

How Much Ginger Should My Dog Eat?

If you decide to give ginger to your dog, feeding a small amount of raw ginger as a snack is usually harmless. This is of course unless your dog is one of the unlucky ones with an allergy. Use no more than half an inch of ginger. Chop it into smaller pieces so that, if your dog swallowed it whole, it wouldn’t cause a blockage. If you want to use ginger as a natural, herbal remedy for your dog, you should discuss the correct dose and type of ginger to use with your vet.

Still have additional questions? Maybe you are wondering if your pup can eat some of your favorite dishes with ginger, or if it works for nausea. We’ve answered some of the most commonly asked questions we get in the question and answer section below.

As sushi has become widely known outside of Japan, so has the delicious pickled ginger that it’s often served with. The ginger is usually pinkish-white and is served in pickle juice. This is usually a combination of vinegar, water, salt, and sugar. Since none of these are toxic to dogs, pickled ginger should be safe. But it should only be given occasionally and in small amounts, as the added salt and sugar have no benefit to dogs.

Does ginger work for nausea in dogs?

There is some (limited) evidence that ginger works against nausea in dogs, especially after chemotherapy. However, as with all herbal medicines, the results can be difficult to predict. If you want to use ginger for your dog, you should discuss it with your vet to make sure it’s appropriate to try it.

Can my dog eat ginger during chemotherapy?

One study showed that ginger has a positive effect on chemotherapy-induced sickness in dogs. However, it’s essential that you remember that chemotherapy protocols vary. While it looks like it might work for some dogs against some types of nausea, it may not be effective for all. In addition, there are some drugs that interact with ginger, and it’s likely your dog is on a drug cocktail.

How should I bring up ginger with my veterinarian?

Your vet should respect your right to ask about ginger as therapy, they likely worry about this. Remember, your vet sees their job as being your pet’s advocate, and their main concern is your dog’s wellbeing. Taking your dog off a proven antiemetic in favor of an unproven herbal remedy could leave your dog feeling terrible. It’s a good idea to be open with your vet about your reasons for wanting to use ginger, but be prepared to listen to their point of view as well. If you do feel strongly about using herbal remedies, but your vet isn’t listening to you, you can look to find a more holistic veterinarian.

The bottom line is that ginger is not known to be toxic to dogs. Make sure you watch your pup the first time they eat any new food item, and make sure you always test in moderation. Most dogs do fine with a little ginger in their food, or as a treat. Just make sure that if you notice any adverse reactions once eaten, you contact your veterinarian right away.

Pig Ears For Dogs: Are They Safe Or Dangerous For Your Pup?

What Should I Do If My Dog Ate A Chicken Bone?

Can Dogs Eat Garlic? How Much Garlic Is Toxic For Dogs?

Can Dogs Eat Prunes? Are Prunes Safe For Dogs To Eat?