Kimberly has more than a decade of professional writing and editing experience under her belt, including working for multiple newspapers, magazines, and websites. Some popular companies she has helped with include Better Homes & Gardens, Parents.com, and the International Brotherhood of Electric Workers.

Kimberly received her Bachelor of Arts in multimedia journalism from Simpson College. She has been writing about dogs since 2014, covering subjects such as dog insurance, training, health, accessories, and more. She is a member of the Dog Writers Association of America, and her work has appeared in many notable brands, including The New York Times’ Wirecutter, Reader’s Digest, Forbes, People, Woman’s World, and Huffington Post.

In 2017, Kimberly and her husband adopted their Coonhound mix, Sally, from a local shelter. Sally is a great family dog and is gentle around Kimberly’s two children, who are completely infatuated with her. When Kimberly isn’t writing about all things dog, you can find her taking walks with her family, playing in her yard with her kids, trying a new recipe in the kitchen, exploring the national parks, and spending as much time outside as possible. 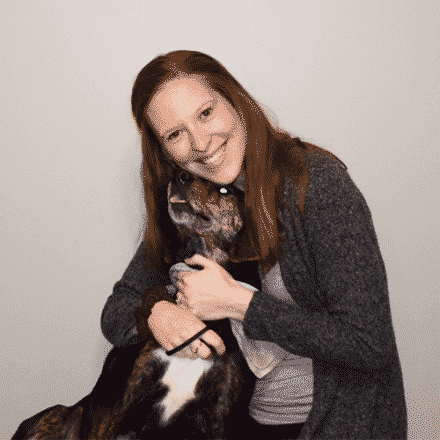 Best Pet Insurance For Bulldogs: Coverage Options & How To Save